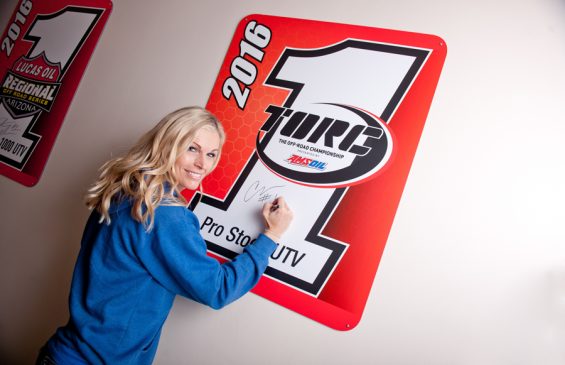 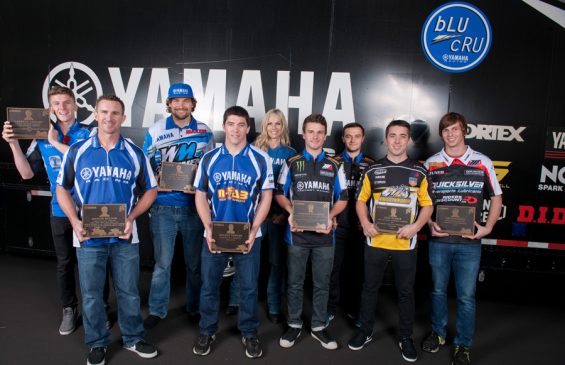 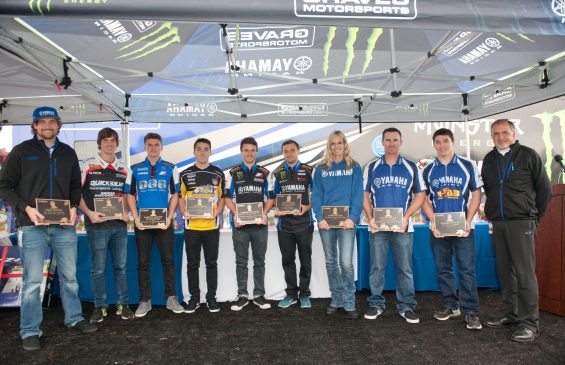 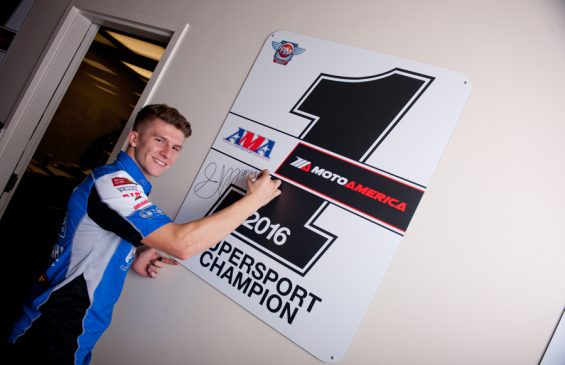 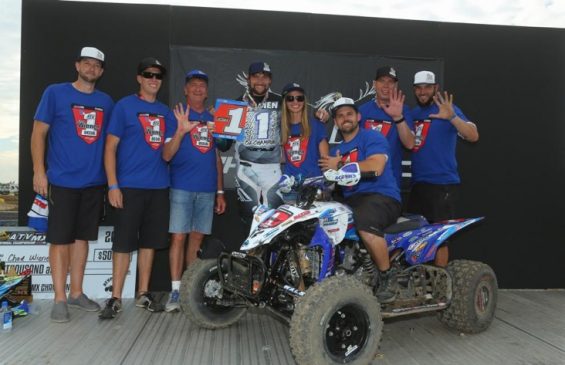 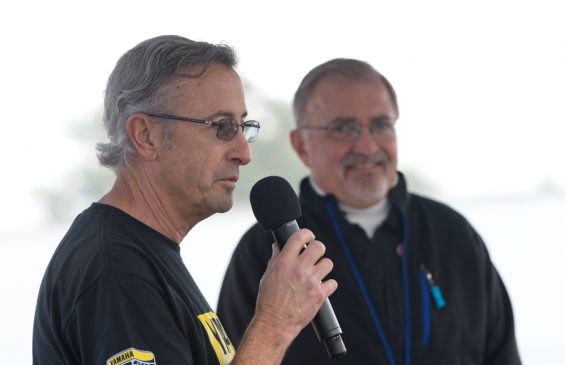 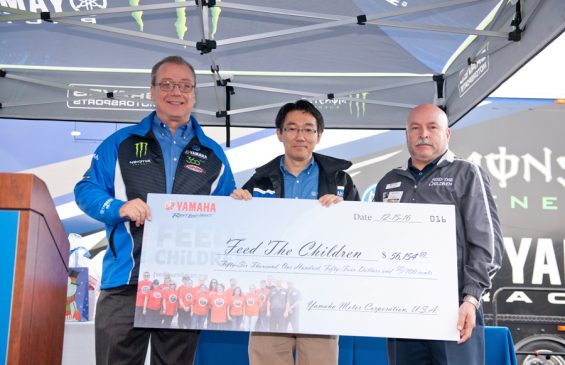 Cypress, CA – December 15, 2016 – Yamaha Motor Corporation, U.S.A. (YMUS), today, inducted nine of its racers onto its Wall of Champions in a ceremony held at the company’s headquarters. The event-filled day also included the presentation of a check to Feed the Children, a fond farewell to retiring YMUS Vice President of Motorcycle Operations Dennis McNeal, and recognition of Yamaha Racing Team Manager Tom Halverson’s 30 years of service.

And, for the first time ever, two professional off-road Side-by-Side racers were also inducted for the championships they each won in the YXZ1000R’s debut year in racing. Corry Weller received a Wall of Champions plaque for her TORC Series Pro Stock UTV Championship, and Dustin Nelson was also inducted for his two Lucas Oil Off-Road Racing Series Championships, in both the Southern California and Arizona Regions.

“Yamaha had another fantastic year in racing, with our riders and drivers winning Championships on both two wheels and four; on paved road racing tracks; in 80,000-seat stadiums; at picturesque motocross tracks; and on challenging, off-road courses all across the U.S.,” commented Keith McCarty, Motorsports Racing Division Manager for Yamaha Motor Corporation, U.S.A. “The Yamaha Wall of Champions represents our longstanding corporate commitment to racing and the benefits it provides in advancing technology and developing consumer products that are the best in the world. All of us at Yamaha congratulate our 2016 Wall of Champions inductees, and we thank them for representing our company, our employees, our dealers, and the Yamaha brand not only with the trophies and accolades that they received in winning, but also by the true professionalism that these nine racers constantly display.”

To check out the Champions’ induction ceremony videos, click on the following links:

Over the past two decades, YMUS has helped raise more than $5 million in cash and supplies for Feed the Children, which is an international and nonprofit relief organization that delivers food, medicine, clothing, and other necessities to individuals, children, and families who lack those essentials.

Dennis McNeal, Vice President of Motorcycle Operations for YMUS, retired today after 38 years with the company. Dennis was given a warm sendoff, complete with a fitting tribute to his leadership, expert guidance, and genuine friendship not only to Yamaha employees, but to thousands of powersports industry people across the U.S. and around the world.

“Dennis has been an incredible leader and ambassador, not only for Yamaha, but for the entire powersports industry,” said Bob Starr, Corporate Communications Manager for Yamaha Motor Corporation. “His leadership of our Motorcycle Operations Group has kept Yamaha on the upswing in terms of motorcycle sales, and he has helped grow Yamaha’s U.S. market share in the sport and competition segments. Of course, we wish him well in his retirement, but at the same time, we will greatly miss him in our day-to-day operations.”

Tom Halverson, Racing Team Manager for YMUS, was recognized for his 30 years of employment with the company. Tom, who has worked with Yamaha road racing legends ranging from Jamie James and Colin Edwards, to Anthony Gobert and Ben Bostrom, to Josh Hayes and Cameron Beaubier, initially joined Yamaha back in 1986 as a member of its Motocross Competition Support Department before transitioning over to road racing, where he’s worked for most of his three decades with the company. “Tom has been a huge contributor to the success of our road racing program,” Keith McCarty said. “Most of the road racers who’ve been inducted onto our ‘Wall of Champions’ have Tom to thank, in large part, for their success. He’s a very valuable asset to our team.”

Headquartered in California since 1960, Yamaha Motor Corporation, U.S.A., also has facilities in Wisconsin and Georgia, as well as factory operations in Tennessee and Georgia. For more information on Yamaha, visit www.YamahaMotorsports.com.