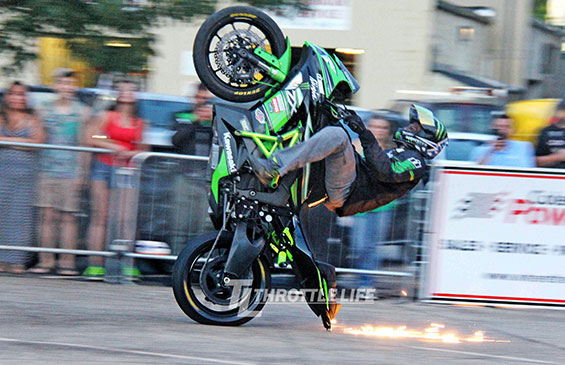 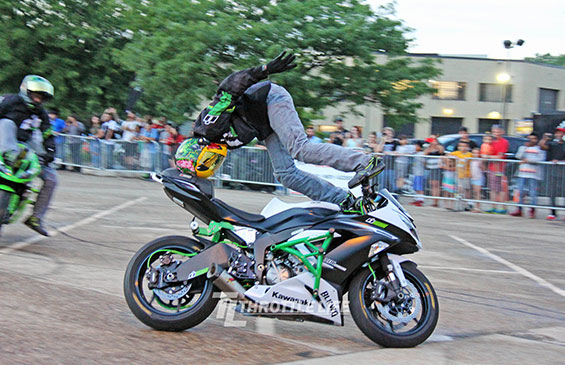 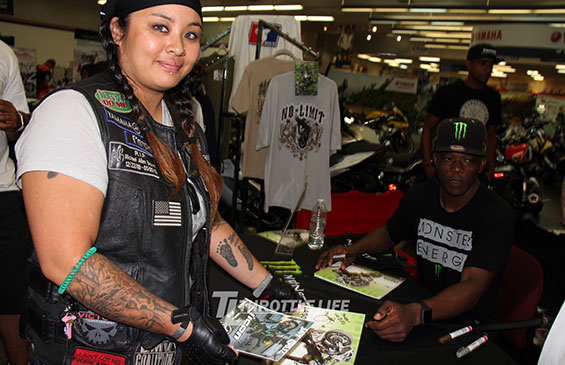 Team No Limit Stunting Up at Coleman Powersports

Team No Limit Extreme Stunt Show featuring the iconic Jason Britton, the acrobatic Jay Cruz and stunt pro Ian Gaines on the mic rocked bike night at Coleman PowerSports in Falls Church, VA for not one, but two adrenaline fueled shows. The team’s antics consisted of everything imaginable from the moon walk, head stands, some tail scraping 12 o’clock wheelies along with highchairs, endos, bunny hops, burnouts and a few new leaping acrobatic tricks that had the crowd cheering in disbelief with what this talented crew was able to do so effortlessly. Shortly before the second show, the skies went from clear blue to dark gray with a drenching summer storm. Being the dedicated professionals they are, Jason, Jay and Ian simply made their way to the stunt area in the rain with smiles on their faces reassuring the audience, the show must go on. Jay Cruz grab an industrial dryer/blower to help dry the area from excessive puddles then geared up with Jason to put on an unforgettable show for the kids and those young at heart for an entertaining night performance under the stars. Afterwards, the team graciously and sincerely thanked the audience for their continued support, packed up and set their sights on their upcoming back to back shows. With such a strong work ethic and commitment to giving the fans a memorable and enjoyable show, it’s no wonder why this team has continued to withstand the test of time. Much respect to Coleman Powersports for brining this legendary extreme stunt team to the DMV.