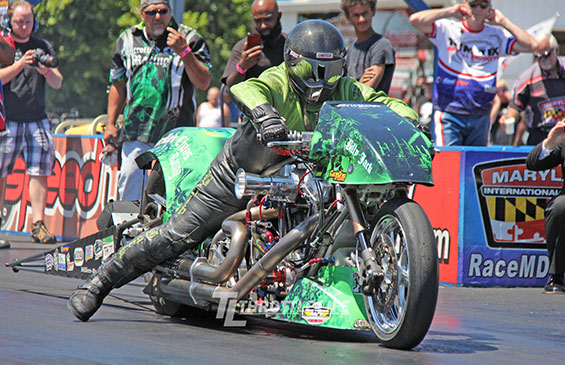 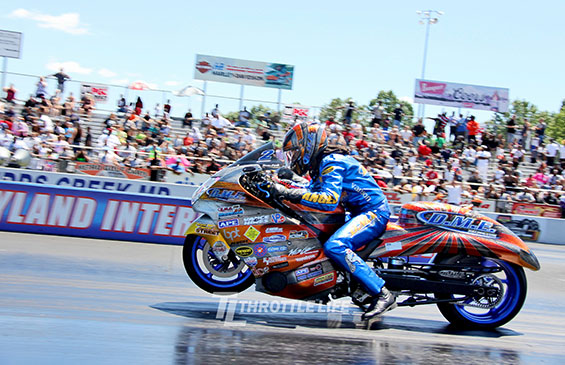 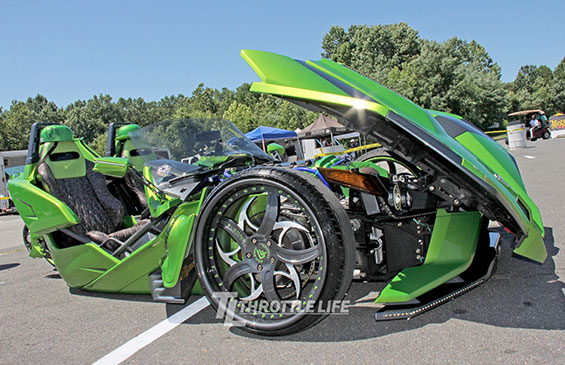 One of the premiere track events in the DMV is the WPGC Bike Fest at Maryland International Raceway. Always well attended, 2017 however was one for the record books with thousands of spectators and attendees filling the stands and vendors row.

Initially, the weekend was threatened with heavy rains Friday through Saturday pushing some qualifying racing into Sunday. However, by Sunday morning it was clear blue skies with great temperatures setting the stage for a perfect storm of events and appearances and ideal conditions that drew such large crowds to witness the annual Paint the 1/4 Pink female charity drag race that raised $7000 to benefit Bikers Against Breast Cancer won by Robin Procopio, Top Fuel superstars Larry “Spiderman” McBride and Dave Vantine going head-to-head producing record breaking times along with industry icon Paul Tetul, Sr. of Orange County Choppers fame and his team with their legendary Spiderman chopper. This is just a mere insight to the complete track action that also included the return of Shayne Proctor’s laser-focused victorious return after experiencing a traumatic accident last year.

Keeping the action off the track just as hot was the phenomenal performance from We the Fix band with the uber talented Ariel O’Neal who commanded the stage along with DC’s legendary Backyard Band. Adding another element of heat was the Come Clean Custom Bike show hosted by Throttle Life, Garwood Custom Cycles and Cycle Drag. Amplifying the custom bike show (literally) was Team Money Cycles Grudge Sound Off Series in support by the DMV’s own Bagger Boyz that attracted some of the cleanest customs from as far as Delaware, Ohio and North Carolina.