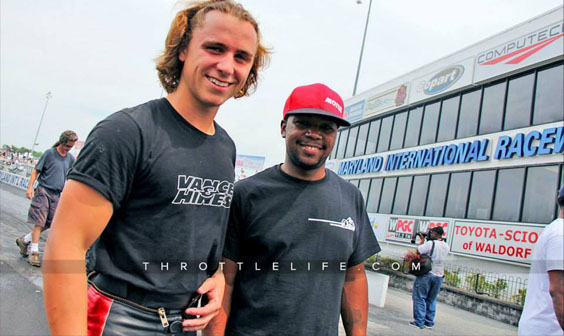 The weeks leading up to the 2014 Mirock Superbike Series #WPGC Bike Fest were filled with anticipation. For the first time ever, vendors midway was sold out the week prior and more than 750 riders were already signed up to race, hinting at the excitement ahead.

The WPGC 95.5 Bike Fest isn’t your ordinary bike fest as it not only includes drag racing from Real Street to Crazy 8s to Pro ET to Street ET to Top Fuel pitting Larry “Spiderman” McBride against Dave Vantine on their 5 second 240 mph machines, but also incorporated two live bands, a live on-site radio broadcast by the DMV’s WPGC, a custom bike show, the East Coast Stunt Jam, a bikini contest from the ladies with the International Bikini Team – Model Search Events & Promotions and the phenomenal Paint the 1/4 Pink all female charity drag race. Speaking of Paint The 1/4 Pink Charity Race For Breast Cancer, congrats to event Director Daryle Sykes and the ladies for raising an astounding $7,335 for the Bikers Against Breast Cancer Foundation with Kelly Clontz for winning this year’s race.

Being a tight-knight community the staff at Maryland international raceway had flags at half-mast during the event out of respect for young rider Aaron Slemker who unfortunately passed away earlier in the week as well as setting up a memorial tent for those to pay their respects on-site.

Racing, stunts, charity, custom bike show, vendors, bikini contest, food, music and fun, all put on by a top-notch team working to provide the best experience possible for all involved. Already looking forward to next year!