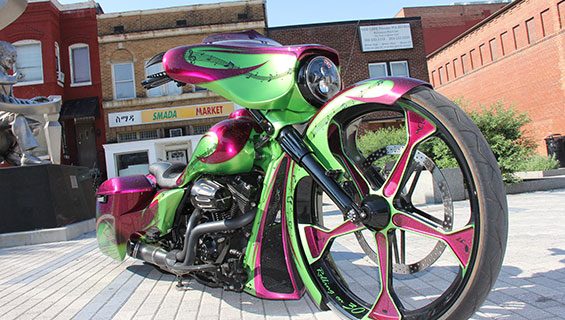 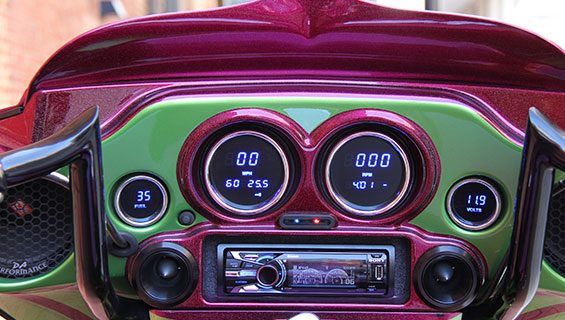 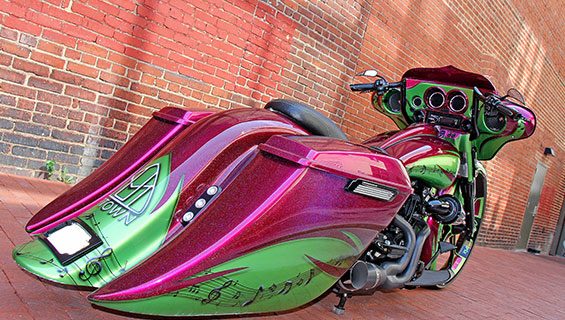 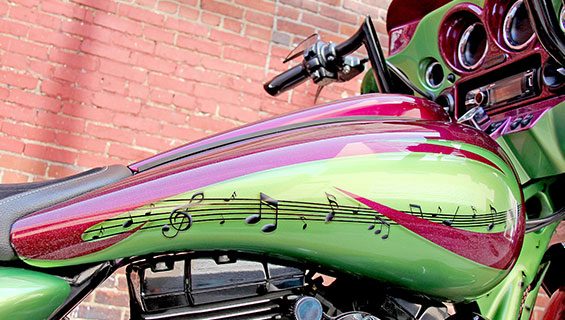 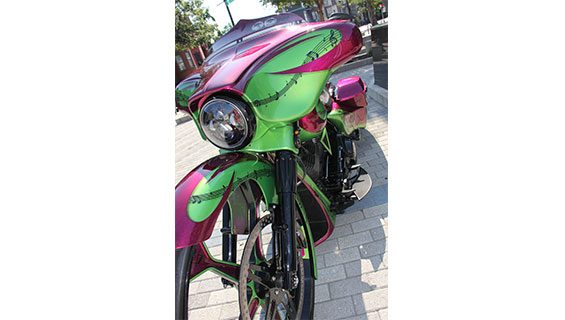 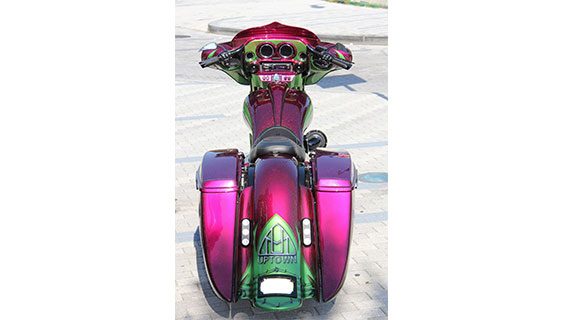 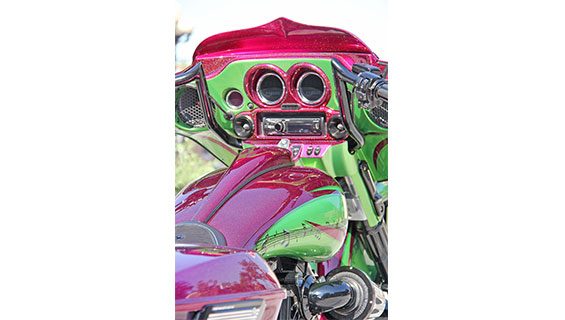 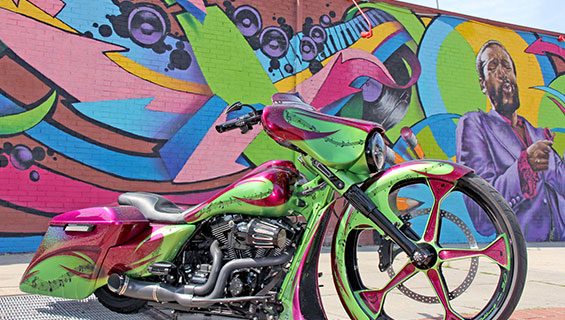 We’ve all heard the expression, “4 wheels move the body, but 2 wheels move the soul”. Well, none has quite captured that mantra so rhythmically as Uptown Motorsports with their soul moving, ground pounding custom 2011 Harley-Davidson Street Glide skillfully crafted by Marty Bullins of Bull Bagger Customs out of Pine Hall, North Carolina with not only another killer build, but also the mechanics as well.

Created with a musical vibe laced with floating notes dancing away care free a’ top of a custom candy-flake green and purple paint scheme by Ricky Handy of Handyman Kustom Paint who put his heart and soul into giving this jazzy scheme the emotion and spirit of the legendary Miles Davis and the great Duke Ellington it deserves along with support by the talented Michael Craig.

The bike was built to showcase and represent Uptown Motorsports’ work in hosting and innovating some of the scene’s best custom bagger sound shows dating back to 2012 from Myrtle Beach to DC to Daytona with collaborations alongside industry icons as Joey Hensley of Backyard Baggers, DA Performance Baggers and more recently Bagger Boyz and the Team Money Cycles Sound Off Series.

That ground pounding mentioned earlier wasn’t only hinting to this work of art pounding the streets which is powered by a custom 103 v-twin that would give some sportbikes heartache, but also teasing with a sound system you have to hear to believe because you’re not going to see it thanks to the team’s efforts in meticulously concealing the equivalent of an outdoor concert experience on two wheels creating an unassuming clean look that will have your body moving.

In addition to the sound, paint and power, setting off this trendsetter is a one-off 3D 30″ big wheel by MAD Wheels who’s reputation for their trendsetting work dates back a decade to their sportbike days with the jaw dropping clear rims for Anglada Original’s LRG custom Suzuki Hayabusa.

Body shaking, ground pounding, soul stirring and booty moving all in one fly clean package that would have Marvin Gaye himself smiling and singing Mercy Mercy Me.

Much respect and appreciation to Adrenaline Lifestyles and Premium Fuel magazine for their on-site shoot support in the Nation’s Capital with our backdrops the historic Howard Theater, the monumental Duke Ellington sculpture and Marvin Gaye tribute mural.