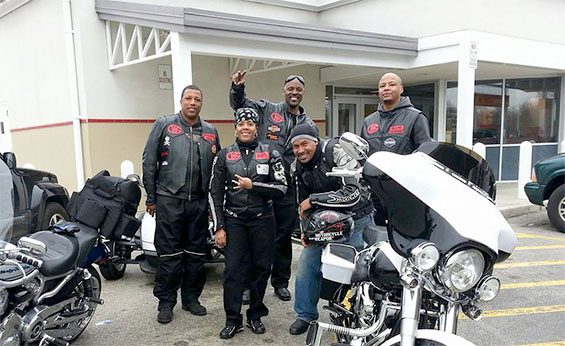 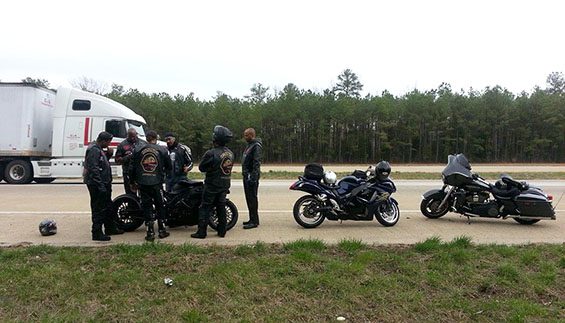 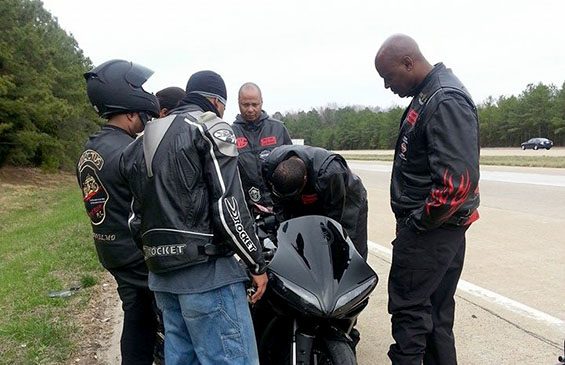 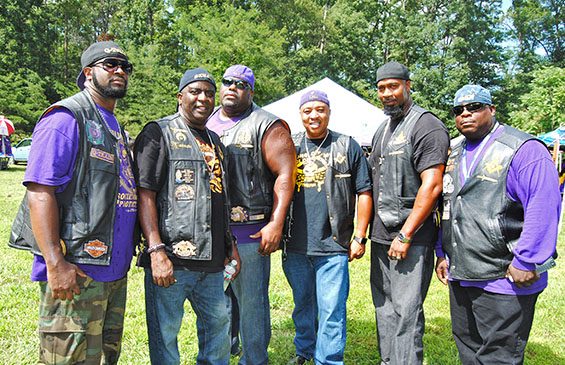 Saved by the Son(s) and the Three Wise(Guys)

As Riders, we’ve all heard the mantra “never leave a rider”. I had the fortune (yes fortune) of experiencing this twice in 2014. The first instance occurred when my beloved 2004 R1 made its rebirth at the soul of Daytona Bike Week and unexpectedly shut down one night on the Bethune-Cookman Blvd. After determining the bike was dead, my partners with Myrtle West Customs jumped into action with going to get the pickup vehicle. During this time, my cuz with Down n’ Dirty hung back with me and called over a few club brothers who also stuck around for the visual support and help until the bike was finally loaded onto the truck until the last strap was tightened.

The second instance took place several weeks later. Thinking the mysterious problem with my R1 was solved, my WiseGuys (WG) Bowie, MD chapter family and I were en route from the DMV to North Carolina for the Queens Together 12th Anniversary. The weather was cloudy, but still a great day for a ride. We were in formation enjoying the ride, we even caught up with Invictus Street Riders’ Dog and Samson who joined along. Just south of Richmond on I-95, WG President (emeritus) C. Griff and I were getting-it-in with Griff whipping his Street Glide like his old ZX14. It was a good day until it’s happened again. I hit a small bump in the road and my bike shut off, quickly losing power. I scrambled to get the bike running, but no success. With one 18 wheeler quickly closing in behind me and another closing the gap to the right shoulder with the left shoulder not being an option with the speeding traffic, I couldn’t help but feel like I was in a real game of old school Frogger as I strategically navigated to the right shoulder safely out of harm’s way.

Once again after several attempts to troubleshoot the problem, we realized the bike was done. Before I could gather my thoughts on how and what to do, WG’s Mahogany was already on top of the situation with having her family in the area to bring out a rescue truck. All seemed well, I just needed to figure out getting back home with bike. That’s when God showed me he was in this.

“Coincidentally” going north on I-95 back to the DC area was Big Kuntry and Muskqito of the Sons of Solomon- with a trailer. They noticed familiar Colors on the opposite side of I-95 and took the next exit to circle back to us. Not only did they have a trailer, but they had room for another bike. Originally they were going to use a single bike trailer that day, but mechanical problems left them with no choice but to take the two-bike trailer and they just happened to be running behind schedule heading north.

Just before we loaded the bike onto the trailer it cranked-up. Of course this begged the question to continue south or head back north.

“When God is trying to tell you something, you need to listen, so back north I went. Although the day started cloudy, the sun was shining bright with clear skies for the ride back.”

The funniest moment during this came from Dog. My brother was 100% committed to the situation with helping, but as soon as I gave the word I was good and headed back, it was deuces time to keep rolling!

Not only did Big Kuntry and Muskqito take me back to the DC area, they dropped me and the bike off in my driveway. Not just back in the area, but in my driveway with NO expectations what-so-ever other than doing what was placed in their hearts to do that day to help. Words can’t begin to express to my thanks and the lasting impression that selfless gesture has made on me.

That weekend, I enjoyed watching my oldest son play his first soccer game of the season with having one of his best performances as a Goal Keeper shutting down their opponent. To watch him look for me on the sidelines and connecting after his plays was priceless. Later that week, he broke his leg ending his season. Because of the misfortune with my bike I was able to be part of my son’s proudest moments which was one of my proudest moments as a father.

We may never know how we’re being used or why some of our plans may not go as expected. But one thing is sure – God has a plan for all. And as for the bike, its back in top condition thanks to Kelly Clontz and Johnny Mullikin for referring Andre Carter of Andre Carter Motorsports!