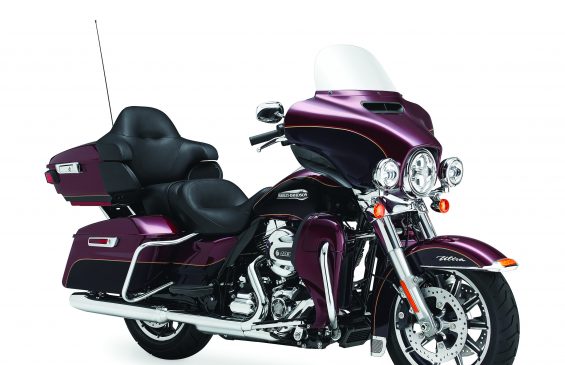 Countless ideas. Thousands of hours of research and testing. Eight extraordinary motorcycles. Project RUSHMORE introduces technology and design enhancements that will recalibrate the expectations of the touring motorcyclist: Savvy electronic controls and infotainment. Aerodynamics born in the wind tunnel. Bodywork shaped by the most-respected styling team in the industry. Comfort good for endless miles and, of course, more American V-Twin power. The road trip will never be the same.

Project RUSHMORE is the result of an entirely new way to produce motorcycles. In a process that invokes the voice of the customer throughout an accelerated development program, the ideas and dreams of thousands of motorcyclists are allowed to percolate with those of Harley-Davidson employees.

â€œProject RUSHMORE is a pure expression of our relationship with our customers and a shared passion for riding motorcycles,â€ said Mark-Hans Richer, Harley-Davidson Senior Vice President and Chief Marketing Officer. â€œItâ€™s resulted in some outstanding innovations, but from day one weâ€™ve been focused on taking the total rider and passenger experience to the next level. We come together – to quote the Beatles – through a process that uses not just formal feedback, but the kind of input we get from listening to customers out on the road, and then we blend that with our engineering and styling expertise. For years at Harley-Davidson weâ€™ve been saying that we ride with you. Project RUSHMORE elevates that devotion to a higher level.â€

Feel: Aerodynamics and ergonomics come together to improve comfort — from the new Batwing fairing with splitstream venting, which reduces head buffeting by 20 percent, to best-in-class ride for passengers with wider and deeper seats and new back and arm rests.

Style: The form and the function of many components are improved â€“ a larger Tour-PakÂ® and saddlebags with convenient One-Touch latches, sleeker fenders, lighter cast aluminum wheels and intuitive hand control switches.

We look forward to bringing you our reviews of each!