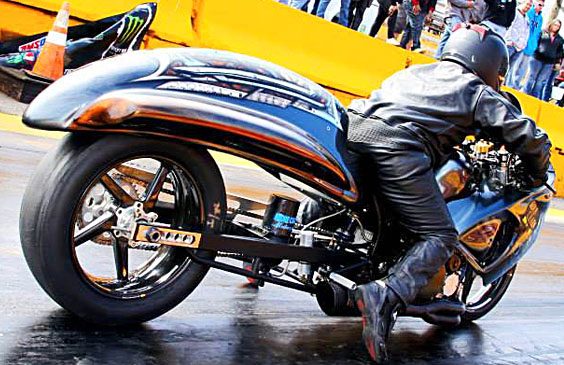 Cabin fever (noun): boredom, restlessness, and anxiety from a prolonged stay in a remote or confined space. Cabin fever is what every racer and race fan experiences and begrudgingly endures during every off season. To pass the time, preparations are made, old videos are watched or as I’d recommend follow @kwameo on Instagram and K.O. Photography 2012 on Facebook to get a quick fix.

Thankfully, Roger Edgerton provided an early and most welcomed cure for the dreaded Cabin Fever with the first event of the season, the No Mercy Grudgefest held at Shadyside Dragway in Shelby, NC. Making sure everyone knew, Roger made use of every space available through social media to give the eager fans and racers what they need, a weekend of race fueled, rubber burning grudge excitement.

Saturday started with frigid temperatures as the racers arrived and began to unload and tune. Some had issues with the bikes cranking due to the temperatures. No worry, because mother nature gave up some sun and warmer weather.

Both days brought good times, good food, plenty of trash talking, and some great races. The season kick off was a success. Now it’s back to Cabin Fever as we anxiously await the next event. Until then, I’ll be your Pusher-Man for your dragbike fix.