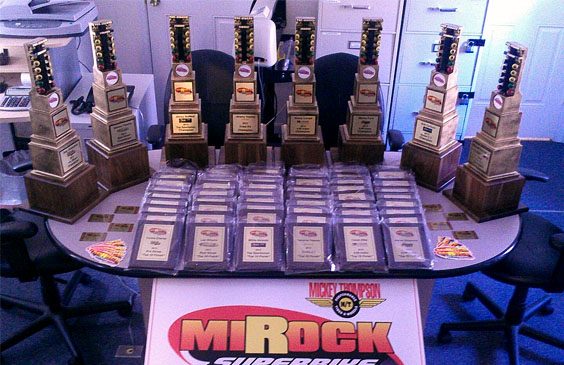 Congratulations to the Top 10 Pro and Sportsman MIROCK racers during the 2013 season!

All of the Champions received their checks during the holidays and are poised for a great 2014 season. There will be an awards ceremony on Saturday, March 22nd during the Adams Performance Spring Bike at Rockingham Dragway to honor the Top 10 racers in each class. During this awards ceremony the Top 10 racers in the pro and sportsman classes will be presented their plaques. The MIROCK Champions will be presented the coveted Gold Irontree plus their Championship MIROCK Jacket.

This awards ceremony will take place on the starting line during the afternoon on Saturday, and we encourage all MIROCK racers to gather at the starting line and show their support of these dedicated Top 10 racers.

Here’s to a fantastic 2014 race season to all the MIROCK staff and all the racers!