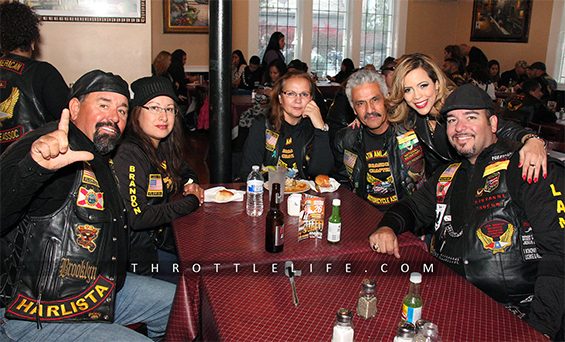 Throttle Life was on the scene with our lovely host Milcah, the Queen during Latin American Motorcycle Association (L.A.M.A.) Latin American Motorcycle Association Washington DC Chapter as they kicked off their 3rd Year Anniversary with a Halloween Biker Bash with a $500 prize for the best costume followed their annual Fall Ride the next morning, their Main Event Trophy Party Saturday at 90 Degrees Nightclub followed by an after-party pool party at the host hotel then it was back to 90 Degrees Nightclub for the After-After party with La Nueva 87.7 FM. Talk about celebration!

Special recognition goes to LAMA USA National Secretary Eduardo Ospina of LAMA Brandon and congrats to LAMA Fredericksburg for being the First Through the Door and second Most Represented. Additional awards went to LAMA Sebring for the Furthest Traveled and Flaming Knights for Most Represented non-LAMA MC. LAMA Newark rolled out with earning three trophies, Most Represented, Most Damas and Most Members.

For more photos be sure to check them on Facebook at LAMA and lama-dc.com.