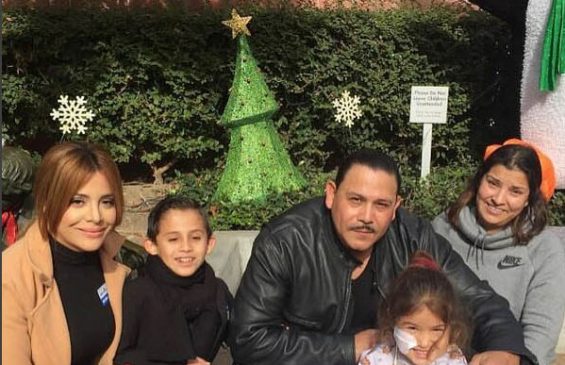 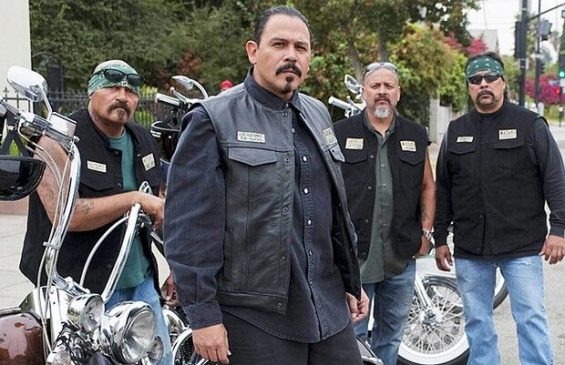 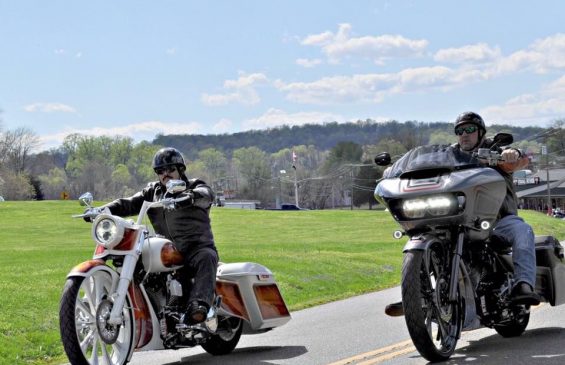 There are actors in Hollywood known for their hard core street portrayals. For some, their on-screen image is just that, on-screen. Then there are those that not only play these roles, but live the life bringing an authenticity that only real world experience can provide. Such an actor is the legendary Mr. Emilio Rivera.

Emilio may be widely known in the motorcycle community for his role in the FX Series’ Sons of Anarchy (SOA) as Marcus Alvarez, President of Mayans MC. However, his acting career goes well beyond this iconic role dating back more than two decades in the TV series Renegade and action thriller Con Air.

Since then, he’s appeared in countless shows and movies as NYPD Blue, The Shield, Gang Related, Hand of God, SyFy’s zombie apocalyptic Z-Nation, Mercy for Angels, The Devil’s in the Details, and as Officer Francisco Cooper on Saint and Sinners to name a few.

But don’t let his street-wise on-screen persona have you thinking there’s only one-side to this multi-dimensional actor. Take a look at his social media feed and you’ll see for yourself one of his most important priorities is his la familia. There is also sincere humanitarian side as shown in his support and direct participation in charities such as the Kingdom Coalition for Kids golf tournament, Bat 4 Hope celebrity softball game benefiting PADRES Contra El Cáncer improving the quality of life for children with cancer and their families, Children’s Hospital of Los Angeles blood drive, the LeftOut Kids and the annual Booz Fighters MC (LA chapter) Toy Run benefitting the Hillsides for the Children orphanage to name a few.

Along with his charitable work, you might catch this legendary actor meeting, greeting and connecting with fans at any number of events or rides throughout the nation. One such stop was the Grand Opening of Old Dominion Harley-Davidson in Fredericksburg, Virginia where he and General Manager/Owner Ken Barner did some ground pounding on the twisty scenic back roads of Virginia on a couple of the dealership’s custom baggers, a fly azz Road King with that west coast flow and a show stopping Road Glide, both rolling with MC Bagger rake kits, 26 PM wheels and Top Shop rears.

Needless to say, when SOA ended its historic ride, it left a void for the legions of SOA fans wanting more. Well, rest assured Throttle Life Nation because if you haven’t heard, show creator Kurt Sutter has been busy working on an SOA spin off, Mayans MC with our man Emilio Rivera keeping Prez Alvarez in the mix. What makes this dynamic hustler of the industry so well suited for this role is not only his experience, but he is also a genuine real Rider as alluded to earlier and frequently pounding the streets with his one of his mean machines, a 2011 Road King better known as LaMonstra.

In addition to the Mayans MC pilots, brother Rivera is staying busy with currently working on a Christmas movie called, “El Camino Christmas” with Tim Allen, Vincent D’onofrio, Kurtwood Smith, Luke Grimes, and Jessica Alba. Also in the works is “Badsville” with Robert Knepper, “Loca” with Danay Garcia, Danny Trejo and Lou Diamond Phillips and “Don’t Worry He Won’t Get to Far on Foot” with Joaquin Phoenix, Jack Black and Jonah Hill all due out in 2017. As if that wasn’t enough, he’s returning to “Saints and Sinners” for their 3rd season and “Hand of God” with Ron Perlman and Dana Delaney is currently streaming on Amazon.

If you have a chance meet this legend, be sure to do so and you’ll quickly discover he’s compassionate, inspiring and very much authenticate.