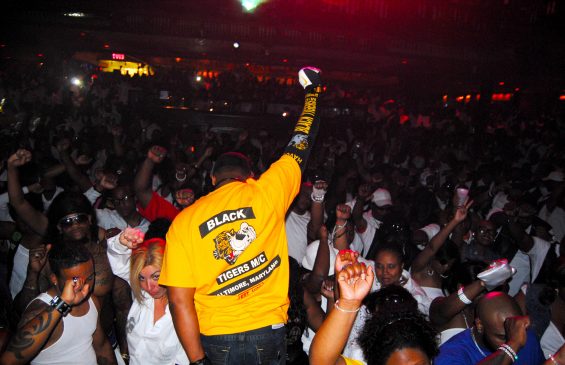 For those familiar with the Myrtle Beach Atlantic Beach bike week scene, you know there is never a shortage of parties. You can jump from small house parties to full scale club parties turning the normally sleepy resort town into another city that never sleeps, if you so desire.

When it comes to the full scale club parties, the Baltimore Black Tigers’ annual party held in one of South Carolina’s premier concert venues, the House of Blues in North Myrtle Beach needs to be on your list to check out. But, be sure to get your ticket(s) well in advance because this party consistently sells out before the doors even open. This is no small feat considering the House of Blues has a capacity of more than 2,000.

Just as with their highly anticipated and always sold out annual Pajama Jammy-Jam charity weekend, the Black Tigers’ Myrtle Beach party is a party with a purpose in support of the club’s five charities. This year, industry pro custom builder Myrtle West Customs joined in as a proud supporter with displaying two of their custom sport bikes on stage, a Kawasaki ZX-14 and a Suzuki GSX-R 1000, both with Myrtle West’s signature extended swing arm fatty kits.

One of the keys of success to the Black Tiger’s events has to be contributed to their genuine efforts in making sure everyone has a good time and their gratitude for those that come out to support. This was evidenced after the Throttle Hands up moment of silence followed by recognition and thanks to their special guest such as drag race champion Rickey Gadson and his wife Kiana. A much appreciated thanks was also given to the House of Blues management and staff and to all the independent riders and motorcycle clubs for their support and assistance in making this sold out party a well deserved success.