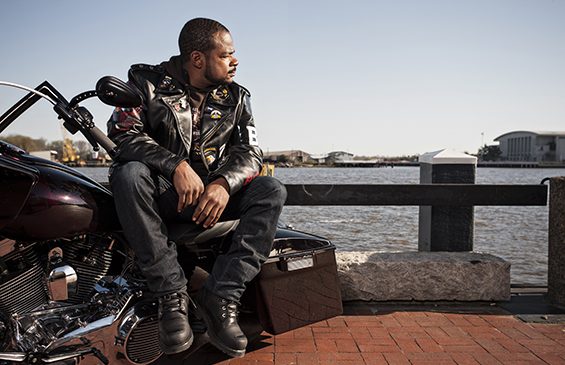 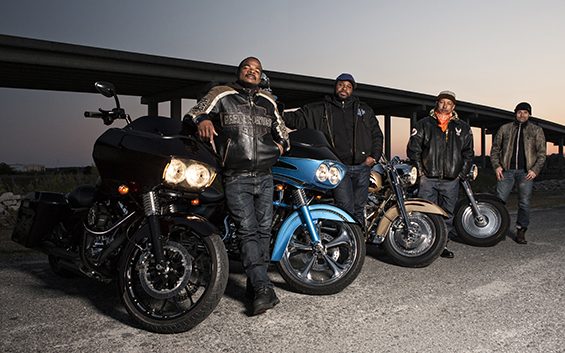 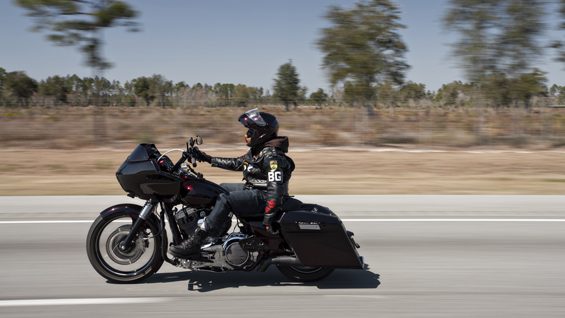 What does the film “The Italian Job”, Rick Ross and Harley-Davidson have in common? A truly remarkable and creative film maker, the acclaimed Hollywood Director F. Gary Gray.

Known for such films as “The Negotiator” with Samuel L. Jackson and Kevin Spacey, “Law Abiding Citizen” with Jamie Fox, “Set It Off” with Jada Pinkett-Smith and Queen Latifah, and “Be Cool” with John Travolta, it was intriguing to discover Gary is also a Rider. A true Rider that enjoys getting out on his Harley and understands the feeling, passion and emotion of being on 2s that only comes from the experience of putting in miles.

The New York native began his film career in 1989 and quickly became one of the most sought after talents after directing Ice Cube’s “It was a Good Day” video in 1992. At the young age of 24 he directed his first film, the hilarious classic “Friday” with Ice Cube and Chris Tucker that put a comedic touch on life in South Central L.A.

Gary began his time on two wheels with the very respectable Honda Shadow. However, after a short stint with the Shadow he switched to rock the infamous black and orange shield of Harley-Davidson where he says he then became a biker. Interestingly enough, Preach with Sucka Free MC shared this same sentiment after making the move to a Harley and I must admit the same after picking up my H-D Forty-Eight. “By no means am I a spokesman for Harley-Davidson, there’s just an allure and lifestyle associated with this iconic brand like no other,” Gary said with pride.

Taking a break from the west coast life, Gary joined Harley-Davidson and a couple of friends including actor, Rider and awe-inspiring poet Malcolm-Jamal Warner on a 500 mile Iron Elite journey from the ATL to Daytona Bike Week as part of Harley’s Freedom Jacket Tour with of course the final destination being the scene on Bethune-Cookman Blvd.

On this journey that Gary describes as one of his most memorable moments, he and the fellas were getting it in on Interstate 95 South. Not being familiar with Interstate 95 and it’s notorious speed traps, inevitably they encountered some of the South’s finest law officers as they were pushing triple digits. Given his experiences in South Central and familiar with stories of the law in the South, this Rider followed his instincts and kept on keeping on. Eventually stopping as to not make matters worse for his boys that did stop when the lights rolled up behind them, they were all given the green light to continue once the Officers realized who they were and what they were taking part in to show their support as brother Riders also.

“There’s a feeling of brotherhood and camaraderie you experience when you’re on bike,” says Gary. On the ride we pulled over to help another biker, during one of our stops a biker wearing a confederate flag helmet walked over to us and we all started kicking it about our bikes. Without our bikes, those happenings and conversations may never have taken place. Bikes are our common denominator in breaking down otherwise barriers,” he continued.

Be sure to keep a look out on the silver screen as he is currently on the set and in production with Ice Cube and Dr. Dre on the upcoming film “Straight Outta Compton” chronicling the life of west coast rapper and pioneer Eazy E and the rise of the NWA movement, due in theaters in 2015. And don’t be surprised if you see this guru of film at a bike event simply hanging out and talking bikes as we all enjoy.

For more on the highly anticipated Straight Outta Compton, the movie visit and Like on Facebook at StraightOuttaComptonMovie