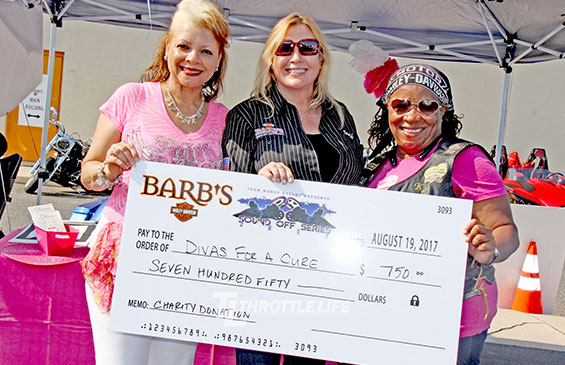 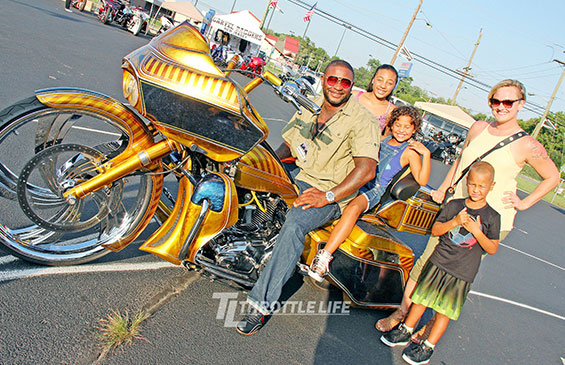 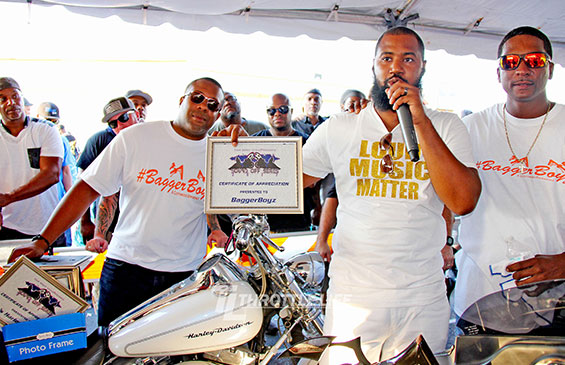 Team Money Cycles’ 2017 Sound Off Series tour came to a thunderous triumphant end which kicked off earlier this year in Myrtle Beach partnering with Uptown Motorsports. Then it was off to Detroit followed by Atlanta then the grand finale in Philly at Barb’s Harley-Davidson.

The finale was a culmination of everything the tour represented with first and foremost raising money and awareness for local charities, bragging rights to the winners along with a spirit of fun and camaraderie that permeated throughout this family friendly tour.

The chosen charities for the last stop included “Praise is the Cure” and “Divas for a Cure” founded by the iconic Jan Emanuel-Costley (Sunny) who has been on 2s from coast to coast with more miles under her belt than most men in this male dominated industry. She is not only a rider, but also a survivor who briefly shared her many health related battles that started in her 20s. Immediately and spontaneously after the charity presentation by Team Money Cycles’ CEO Rickie Will, the spirit of giving was alive and strong with attendees generously contributing on the spot, taking the amount raised far beyond what was initially presented.

No event would be complete or possible if not for those behind the scenes. Living up to this, Rickie kindly took time to recognize the efforts of those involved with gratitude and certificates of thanks and appreciation including the first ever “Sound Legend” award presented to the trendsetting Munir Ali. Adding a twist, were the awards presented to Rickie and Team Money Cycles for their tireless efforts in building and growing this series.

Wrapping up, I need to give a personal thanks to the service staff at Barbs. About five miles from the dealership, I experienced a sudden change in rear tire pressure almost tossing me off bike. Fortunately I was able to maintain and pulled over safely and noticed a huge screw lodged in my rear wheel. I was able to gently make it to the dealership where the staff quickly fit me and got me out with no issues. The ride home was a long rainy one with heavy downpours. Even with these situations, it was worthwhile to see and feel this spirit of Riders United regardless of backgrounds or differences.