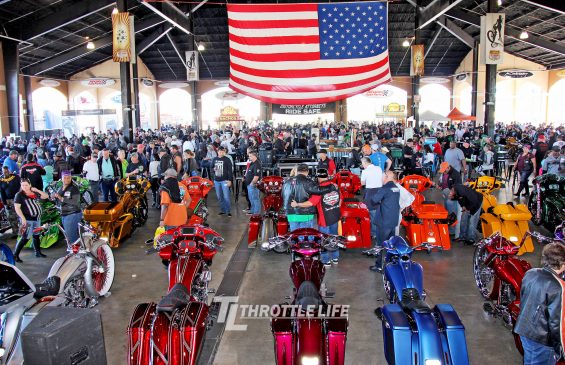 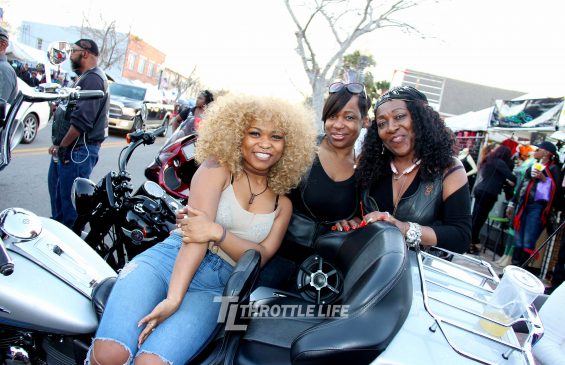 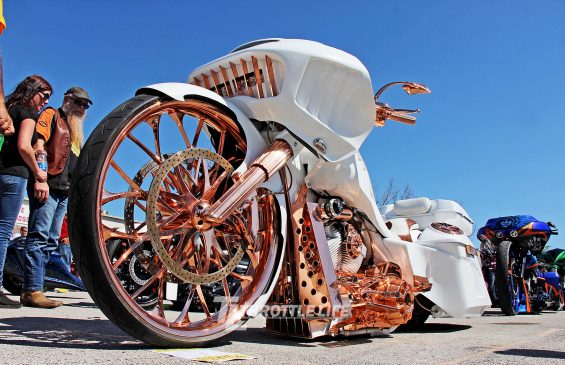 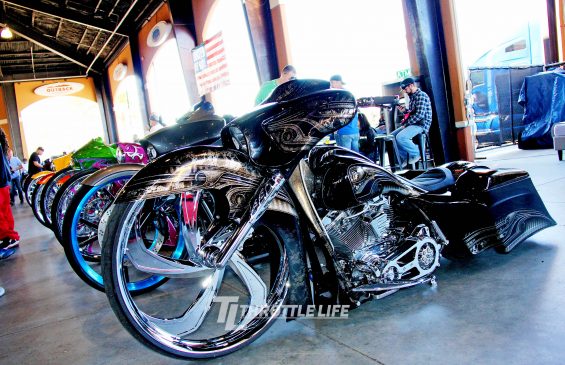 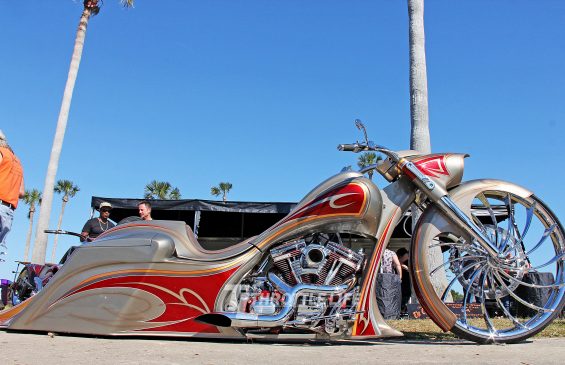 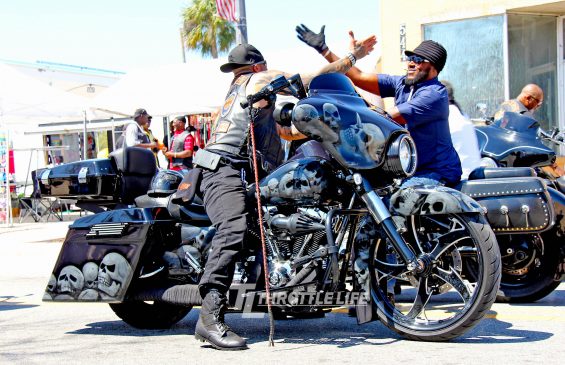 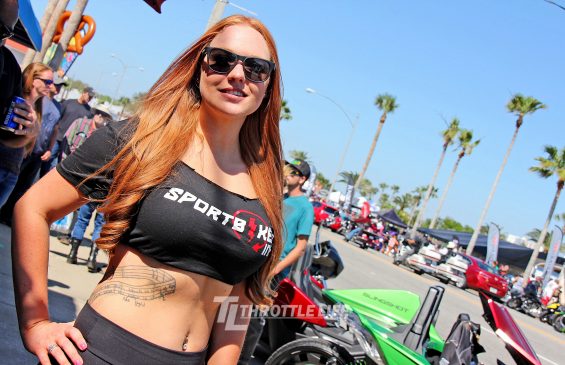 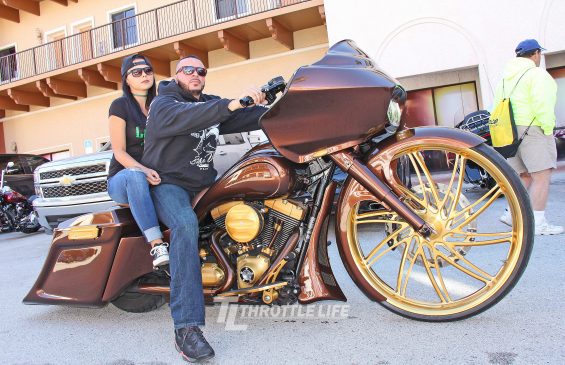 Hundreds of thousands of motorcyclist from near and far across the globe make the trek to Daytona for the annual world renowned Daytona Beach Bike to partake in the festivities from Destination Daytona for the various bagger contests, Daytona International Speedway with vendors galore and the action on the track, Beach Street for more vendors and top builders, the soul of bike week on McLeod Boulevard, the legendary Rat’s Hole custom competition and of course the live action on Main Street.

But, that’s not all the action the Big Daddy of all bike weeks has to offer it. One of Daytona Bike Week’s oldest and most popular hang-out spots and custom bike show takes place on acres of an old dusty grassy cabbage patch, hence the name Spotonick’s Cabbage Patch Bar. This show always attracts some of the biggest names in the industry with bikes touched by Unknown Customs, Backyard Baggers, Sin Worx, Curlys Inc. Kory Souza Originals, Mad Wheels, Crazy Beaver Customs, and SRM Paint Werks to name a few as well as attracting new comers as Bagger Boyz looking to make their mark in this world of big wheels with sounds that thump the farm land.

Never short on action, Beach Street is a must stop when making the rounds during Daytona Beach Bike Week. With industry innovators like Camtech Custom Baggers, Misfit Industries, Shannon Davidson The Chopp Shop, and Paul Tracy’s Black Label Baggers to name a few and within a minute’s distance you’ll find the team of TOCE Performance’s Daytona shop. This year sprotbike inc publisher Allan Lane in conjunction with Polaris hosted a Custom Slingshot Showoff Slide thru at Brigit’s Custom Works with the help of his talented assistants Mary Wagner and Aly Veneno. So if you want skip the stop and go action to get to get over the bridge to Main street, your time will be well spent here on the Beach side.

No doubt one of the largest and most anticipated custom bike shows during Daytona Bike Week takes place at Bruce Rossmeyer’s Destination Daytona hosted by American Bagger and Urban Bagger with contest ranging from baddest paint, best sound system and of course the big one, the Baddest Bagger contest.

The show pavilion was packed with a record breaking number of entrants representing some of the sickest and most creative customs rolling into Daytona for a chance to win one of the coveted prizes. Of course many of the industry’s heavy weights were in attendance including Unknown Customs, Crazy Beaver Customs, Sin Worx, Back Yard Baggers, Da Performance Baggers, Kory Souza Originals, Low Key Customs, Curly’s Inc, and many many more with the crew from Cartel Baggers taking stage bestowing gifts for the crowd’s enjoyment. Big Congrats to Tyler Foster of Sik Pipes for rolling out as the winner of this year’s Baddest Bagger contest.

Although only a few blocks long making it one of the shortest strips during Daytona Bike Week, The Ave along Bethune-Cookman Boulevard still attracts thousands on a daily and nightly basis on drag bikes to Gold Wings, big wheel customs to stock and everything in between including the attention of the industry notables. You won’t find big named vendors or manufacturers galore lined up here. So what attracts so many to the soulful side of Daytona Bike Week? It could be the vendors with home cooked food that have some willing to endure that two-mile-an-hour-so-everyone-see-you traffic. It could be the zydeco, rhythm and blues or old school tunes that fill the street or it simply may be the Ave has a vibe unlike any other spot during bike week that derives and thrives from its heart and soul, the people.
For more pix from our coverage, check out our complete galleries on Facebook including the infamous Rat’s Hole custom bike show competition. Enjoy and always feel free to share!