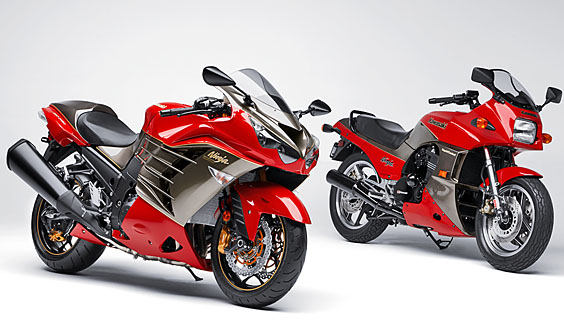 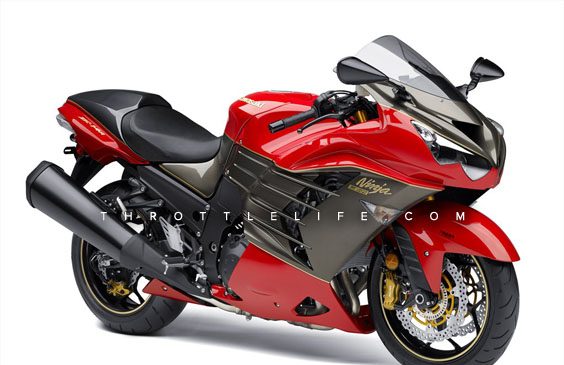 Rocking the Firecracker Red and Metallic Graystone paint scheme as the legendary 1984 Ninja 900 that started this sportbike obsession we can’t get enough us is the VERY Limited Edition 2015 Kawasaki Ninja ZX-14R ABS. How limited? Only 300 will be available in the U.S. and Latin American markets and only 30 in Canada all of which will be individually numbered. This is fortunate for those of us in these three markets because this very limited motorcycle will not be available in any other markets which will surely make these quick collector’s items. In addition to the throwback color scheme, the Anniversary Edition ZX-14R also rocks out with 30th Anniversary logos and numbered badge further signifying your piece of Kawasaki history.

Interested in owning one of the 300? Orders can be placed after the official announcement at the Laguna Seca round of the 2014 World Superbike Championship on July 15th at 9am PDT at a Kawasaki dealership with a non-refundable deposit of $1,000 — we doubt seriously this is going to be a problem for anyone looking to score one of these magnificent machines.

The 2015 Ninja ZX-14R ABS has a powerful 1441cc inline four-cylinder engine with selectable Power Modes as well as plenty of Rider focused features such as the responsive anti-lock brake system (ABS), for additional rider confidence on mixed or slippery surfaces. Triple-petal-type brake rotors and radial-mount calipers help provide powerful, fade-free stops and a progressive feel at the lever. Riders can select two engine power levels by using the two-mode Hi/Low power selector switch. Additinally, there is a three-mode Kawasaki Traction Control (KTRC) system, where the first two modes are intended to maximize acceleration and is similar to the S-KTRC system found on the ZX-10R. The third mode is tuned for low-traction (wet/slippery) conditions, similar to the Concours 14 sport tourer. The KTRC system can also be turned off completely by the rider using the bar-mounted toggle/push switch, which also operates the Power Modes. KTRC activity can be monitored on the cockpit’s LCD info screen.

Lastly, taken directly from the racetrack is a back-torque-limiting “slipper” clutch assembly that helps eliminate the wheel-hop and torque effects of energetic downshifting while braking for a corner, or during fast stops, giving the rider even greater control.

So how much is owning a little piece of motorcycle history going to cost you? Bidding starts with at a very respectable MSRP is $15,899. Happy bidding! For more information visit kawasaki.com