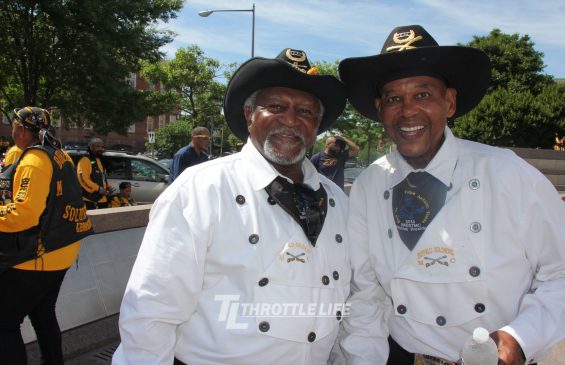 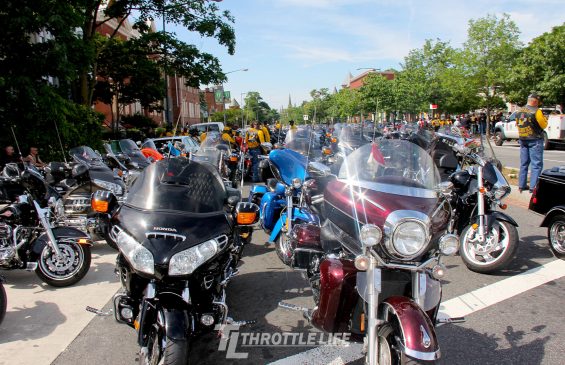 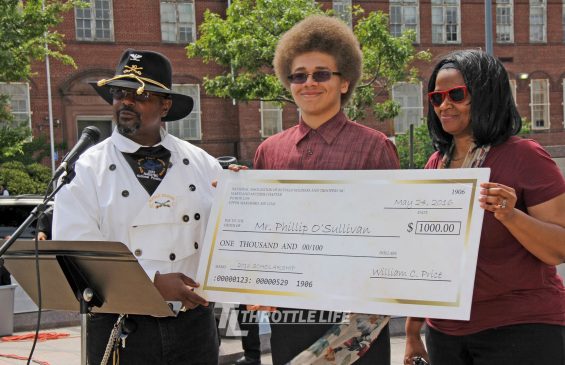 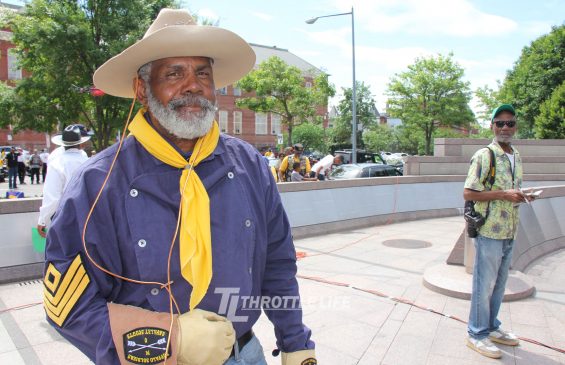 Not familiar with the Buffalo Thunder Memorial Ride? Please allow me to share the news of this thunderous and very well respected ride with a strong following and support. The ride includes independent riders as well as other motorcycle clubs creating an eclectic mix of baggers, cruisers, gliders, choppers, trikes and sport-bikes for a truly inclusive ride. What else would you expect from one of the largest and oldest motorcycle clubs in the nation?
Hosted by the Maryland Mother Chapter of the Buffalo Soldiers, Buffalo Thunder brings together chapters throughout the nation for their Buffalo Soldiers’ Annual Music, Jazz Festival and Family Picnic. The annual festival and ride also serves a purpose with proceeds going to college scholarships as well as a donation to the African-American Civil War Memorial and Museum in Washington D.C.

We had the fortune of meeting Ken “Dreamcatcher” Thomas, the National President and Founder of the National Association of Buffalo Soldiers and Troopers Motorcycle Club and Chicago chapter’s Maurice “Grave Hunter” Henderson during the kick-off of Harley-Davidson’s Iron Elite exhibit along with having the pleasure of working with Buffalo Soldier member and photographer Samuel “Roadkill” Still. All three gentlemen aptly tried to describe the magnitude of the Buffalo Thunder Memorial Ride, however words absolutely fail to describe the awe-inspiring sight of seeing this modern day iron horse cavalry thundering through the streets of the Nation’s Capital.